... the earth is not only our cosmic home but also a symbol of the Divine Mother, a symbol that I invoke daily. 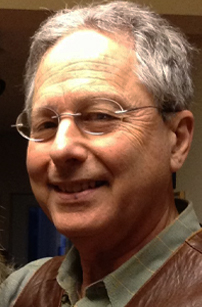 This website contains essays and artwork which have been done over many years. Some of the writings have previously been published but most have not. Most of the art has been exhibited but not all.

I encountered the phrase “night sky theology” in The New Yorker article by Louis Menard. He used the phrase to describe, the views of God as expressed in a 1954 letter by Albert Einstein. In the article, Menard writes that Einstein had “what might be called a night-sky theology, a sense of the awesomeness of the universe that even atheists and materialists feel when they gaze up at the Milky Way.”

This phrase jumped off the page for myself since I had often used photographs of deep sky objects and the star filled night sky as backgrounds in mixed media works, mainly because they put everything else into an expanded perspective. Similarly, photographs of the earth taken from space appear in many of these works. For me the earth is not only our cosmic home but also a symbol of the Divine Mother, a symbol that I invoke daily.

I have practiced internal medicine as a physician for almost 50 years and have been a member of Cafh, a path of spiritual unfolding for an equal amount of time. Cafh teaches the Mysticism of the Heart and my participation in Cafh has been a source of inspiration for many of these works. In 1995 I had a heart attack, cardiac arrest and near-death experience. Such experiences alter one’s experience of life and this is true for me too.

I am married to Allegra Magrisso and have three children and two grandchildren. I live in Evanston, Illinois, USA.

Please let the author/artist know that you are visiting the website by signing the Guestbook. If you leave your email address, it will be only for the author/artist’s use, to be in contact with you.

Thanks for your message! We’ll be in touch soon.